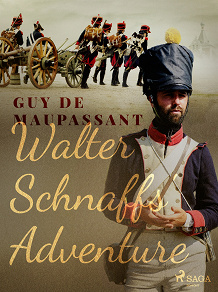 by Guy de Maupassant
Walter Schnaff is unlike the other soldiers in the Prussian army. While his brothers-in-arms advance through Normandy with the intent of subjugating the French and achieving victory, Walter is a pacifist who can’t stand the thought of killing. Yet when his unit is ambushed, Walter’s philosophy is tested to its limits. Can pacifism prevail when the enemy is closing in on all sides?
Guy de Maupassant’s short story "Walter Schnaffs’ Adventure" explores the horrors of the 1870 Franco-Prussian war and poses important questions about what it means to be a soldier.