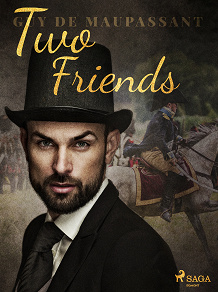 by Guy de Maupassant
It’s 1870 and the Siege of Paris is in full swing, where the French-Prussian war has brought daily life to a halt. Wearied, starving, and strung out on absinthe, two men meet by chance at their favourite fishing spot. "Two Friends" follows Morissot and Sauvage as they make their way into no man’s land and drink away the miseries of the war.
A powerful short story that extolls the virtues of French patriotism and dramatises the cruelties of war. Maupassant’s portrayal yearns for a return to ordinary life and real human connections, through plain philosophy and simple language suited to the styles of Flaubert and Hemingway.