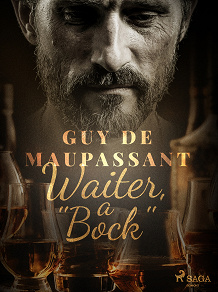 by Guy de Maupassant
Two old school friends meet in a café in Paris, but their chance meeting turns into a surprise for one of them. Aged, dirty, and with fingernails blackened with tobacco, Jean des Barrets has fallen on hard times since the days of his lordship, and to the dismay of his friend now passes his days drinking beers, or "Bocks". The two discuss how fate has led them down differing paths, and whether Barrets’ lifestyle is, in fact, so different from the rest of us.
Family issues, anger, pain, and mistakes fill this short story to the brim. A philosophical tease for fans of Flaubert or Camus, Maupassant tackles themes of poverty and childhood trauma with compassion, elegance, and understanding.