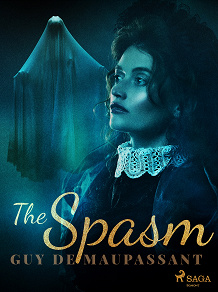 by Guy de Maupassant
"My heart was throbbing wildly. I was frightened. I opened the door brusquely, and in the darkness I distinguished a white figure, standing erect, something that resembled an apparition." When the narrator in Guy de Maupassant’s short story "The Spasm" meets a father and his ill daughter at a health spa, he is reminded of characters from the universe of Edgar Allan Poe. What they proceed to recount to him is a tale so gruesome and harrowing that even Poe himself would cower in fear. Inspired by a real nineteenth century risk of premature burial, "The Spasm" comes with a shocking twist that holds everyone captive until the very end.

Guy de Maupassant (1850-1893) was a famous French writer, best known as one of the finest practitioners of the French short story. Master of style and dramatic narrative, Maupassant’s stories are mainly interested in the relationships between men and women, often found at the crossroads of life. One of his greatest influences was Gustave Flaubert, who introduced him to some of the central names of the time such as Emile Zola, Henry James, and Ivan Turgenev. Some of his best known works include the novels "Bel Ami" and "Une Vie", more than 300 short stories, travel books, and even an attempt at poetry.