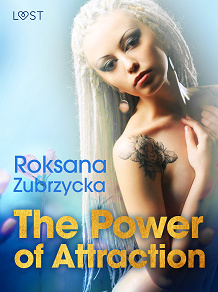 The Power of Attraction - Lesbian Erotica

by Roksana Zubrzycka
When Mal decides to end her five-year relationship with Anna, she feels it is a new beginning. However, time passes, and the excitement turns to sadness. She tries to convince herself that the breakup was a good decision, but a part of her misses her former beloved. One night, a woman from her dreams shows up at her place. Long-dormant feelings awaken in Mal...