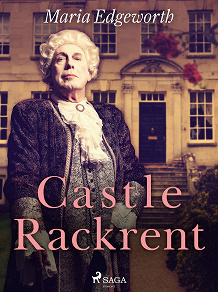 by Maria Edgeworth
It is 'Downton Abbey' meets 'Succession' - but in the 18th century.<br>Four generations of heirs to the Rackrent estate in Ireland are shown to have unique talents for mismanaging it.<br>The careless big spender Sir Patrick O'Shaughlin, litigious Sir Murtagh Rackrent, abusive gambler Sir Kit Rackrent and the kind but unwise Sir Condy Rackrent are brought vividly to life by Maria Edgeworth through a narrator, Rackrent steward Thady Quirk.<br>As the four heirs fight and foul up, behind the scenes there is a master manipulator pulling the strings. Will he benefit from the chaos?<br>'Castle Rackrent' is Edgeworth's first novel and is regarded as pioneering in the field of historical and regional novels.<br>It satirises Anglo-Irish landlords at a time when the English and Irish governments were trying to formalise their union.<br>The novel is alluded to in F. Scott Fitzgerald's 'The Great Gatsby'. It is also cited by Sir Walter Scott as the inspiration for his 'Waverley' historical novels.<br>The Irish poet and dramatist W.B. Yeats called Castle Rackrent 'one of the most inspired chronicles written in English.'<br><br>The Irish writer Maria Edgeworth (1768-1849) was highly regarded in her day as a pioneer of early 19th century fiction and children's literature.<br>A friend of the novelist Sir Walter Scott ('Ivanhoe', 'Rob Roy'), she was active and vocal about political and estate reform.<br>Today, she is rather underappreciated - and overshadowed - by other 19th century satirical novelists like Jane Austen and Anthony Trollope.<br>A prolific writer, Edgeworth's best-known works include 'Ennui', 'The Dun' and 'Belinda', which was controversial in its day for featuring inter-racial marriage.<br>