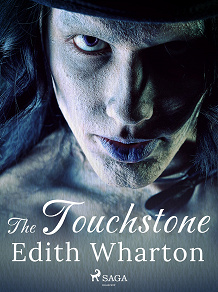 by Edith Wharton
Tense and atmospheric, ‘The Touchstone’ follows the trials and tribulations of New York lawyer, Stephen Glennard. When we meet Glennard, he is unable to afford to marry his girlfriend, Alexa Trent. However, when he reads an advertisement seeking information about the deceased novelist, Margarey Aubyn, he is faced with a moral dilemma. Should he sell the letter she wrote him, even though he spurned her romantic advances? A taut novella, ‘The Touchstone’ is a fascinating take on the classic ghost story.<br><br>Edith Wharton (1862 – 1937) was an American designer and novelist. Born in an era when the highest ambition a woman could aspire to was a good marriage, Wharton went on to become one of America’s most celebrated authors. During her career, she wrote over 40 books, using her wealthy upbringing to bring authenticity and detail to stories about the upper classes. She moved to France in 1923, where she continued to write until her death.