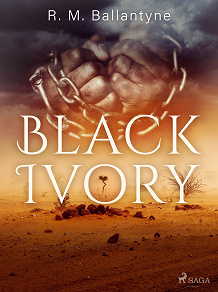 by R. M. Ballantyne
Black Ivory is a story about two English castaways that shockingly find themselves amidst a group of truly loathsome slave traders. Although the cast of this narrative is entirely fictional, the numerous footnotes and references evidence the real-life basis of the story.<br><br>A gut-wrenching tale of incredible suffering, despair and horror that will hold the reader tight in their seat. On the other hand it is also a tale of hope, love and a brighter future.<br><br>A must read for those who set out to explore the darker side of our common world history. It brings to mind the critically acclaimed Ridley Scott movie 'Exodus: Gods and Kings' starring Christian Bale, Joel Edgerton, John Turturro and Aaron Paul.<br><br>R. M. Ballantyne was a Scottish writer specialising in juvenile fiction. He was born into a family of well-known printers and publishers in Edinburgh. At age 16 he travelled to Canada where he served with the Hudson's Bay Company for six years. He returned to Scotland in 1847 and published his first book the next year, 'Hudson's Bay: or Life in the Wilds of North America'. For several years he was employed by the publishing house Messrs Constable. But in 1856 he decided to leave the literature business. Instead he began writing a series of adventure stories for young readers.