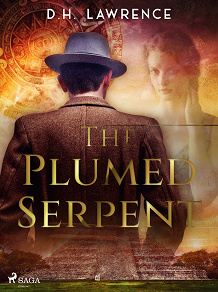 by D.H. Lawrence
D.H. Lawrence considered 'The Plumed Serpent' his best novel, while some critics considered it blasphemous and misogynistic.
Controversy followed the author around, but this is a thrilling and original tale set in post-revolutionary Mexico.
Irish tourist Kate Leslie meets Don Cipriano and Don Ramon Carrasco, founders of the religious movement The Men of Quetzalcoatl.
They believe themselves to be reincarnated Aztec gods and aim to wipe from the face of Mexico all worship of Jesus and the Virgin Mary.
As Cipriano seeks to marry Kate, the nation is hit by religious murder, fighting and the burning of Christian artifacts.
The violence builds and Kate is drawn inexorably to the mysterious beliefs of the followers of Quetzalcoatl.
Who will claim Kate's soul - and which side will triumph in the battle for the hearts and minds of Mexico?
'The Plumed Serpent' is perfect for fans of John Steinbeck, Karl Heller and Cormac McCarthy.

DH Lawrence (1885-1930) was an English writer and poet.
He was at the centre of a great deal of controversy during and after his life, with the explicit nature of some of his novels leading to censorship and protests.
Many critics admired his imaginative and deeply descriptive style, though.
Among his best-known novels are 'Sons and Lovers', 'Lady Chatterley's Lover', 'The Rainbow' and 'Women in Love'.