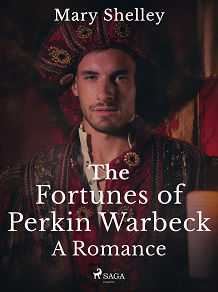 The Fortunes of Perkin Warbeck: A Romance

by Mary Shelley
There's an imposter amongst us...

The novel follows Warbeck’s adventures across Europe and England as he attempts to take back what is rightfully his. The character of Perkin is thought to be based on Shelley’s husband, the poet, Percy Bysshe Shelley.


Mary Shelley (1797–1851) earned her place in the pantheon of British novelists with her ground-breaking Gothic novel ‘Frankenstein’ (1818). Considered one of the first true works of science-fiction, the book became an instant bestseller. But she was far from a one-hit-wonder, producing a host of other novels, including 'Valperga', 'Perkin Warbeck' and 'The Last Man'. Most were not well received in her lifetime, though, only being fully appreciated from the 1960s.
She moved in a circle of famed 19th-century writers and philosophers. She was married to the poet Percy Bysshe Shelley and spent time with Lord Byron. Her mother was the philosopher and feminist activist Mary Wollstonecraft and her father was the political philosopher William Godwin.