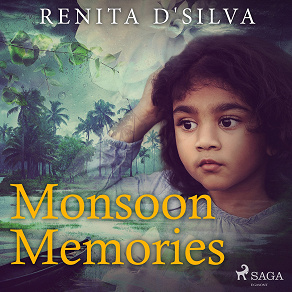 by Renita D'Silva
Monsoon Memories is an unforgettable journey through a mesmerizing, passionate land of contrasts – with a family whose story will touch your heart.

Anyone who enjoys the storytelling of Jodi Picoult, Diane Chamberlain, or Dorothy Koomson will love this.

Exiled from her family in India for more than a decade, Shirin and her husband lead a comfortable but empty life in London. Memories of her childhood – exotic fragrances, colours, stifling heat and tropical storms – fill Shirin with a familiar and growing ache for the land and the people that she loves. With the recollections though, come dark clouds of scandal and secrets. Secrets that forced her to flee her old life and keep her from ever returning.

Thousands of miles away, in Bangalore, the daughter of Shirin’s brother discovers a lost, forgotten photograph. One that has escaped the flames. Determined to solve the mystery of an aunt she never knew, Reena’s efforts will set in place a chain of events that expose the painful trauma of the past and irrevocably change the path of the future.

‘D'Silva weaves a tale so rich and complex in detail and history that I found it quite impossible to put the book down. The details are rich, vivid and so well described that I truly felt at times that I was there or at least was hearing the story first hand from the main character... from start to finish I loved this book and couldn't recommend it more.’ 5/5.
NovelEscapes

‘It mesmerized me with its poignant narration and heart-warming story and kept me hooked until the last page. 9/10.
ChickLitClub

‘A wonderfully dramatic and poignant debut novel from Renita D’Silva. I was captivated by the characters and their plight.'
Momssmallvictories

Renita grew up in a picturesque coastal village in the South of India, the oldest of three children. Her father got her first story books when she was six and she fell in love with the world of stories. Even now she prefers that world, by far, to this.
Listen to sample
Log in to borrow