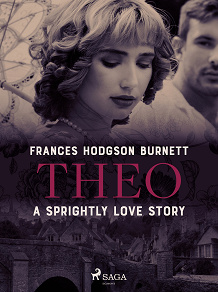 by Frances Hodgson Burnett
Theodora has, in many ways, a rich life. Many ways apart from the one that counts. She’s got beauty and innocence in abundance, but when it comes to financial means, she sadly falls short. Luckily, a wealthy aunt takes a shine to the poor girl and invites her to London, where she makes the acquaintance of some interesting characters, including Mr. Oglethorpe, a famed journalist.

Just like everyone else, Mr. Oglethorpe can’t seem to take his eyes of the young Theo. There’s only one problem – he's already engaged to someone else.

‘Theo - A Sprightly Love Story’ is a melodramatic tale of young love and controversy.

Those who loved the work of Jane Austen, including such titles as ‘Pride and Prejudice’, which was adapted into film starring Keira Knightley as Elizabeth Bennet, will undoubtedly also fall in love with Frances Hodgson Burnett’s young heroine, Theo.

Frances Hodgson Burnett was an English American playwright and author. Born in the UK in Manchester to a family of ironmongers, she later migrated to the United States where she would go on to write some of her most famous plays and novels.

During the span of her career, Frances Hodgson Burnett wrote and published more than 53 novels, most of them for adults. However, she is perhaps best known for her work in children’s literature, including famous titles such as ‘The Little Princess’ (1905), ‘The Secret Garden’ (1911), and ‘Little Lord Fauntleroy’ (1886).

Frances Hodgson Burnett is also known for her historical fiction, including acclaimed titles such as 'The Head of the House of Coombe' (1922) and its sequel, 'Robin' (1922).

Burnett’s work has been adapted for film many times. The latest movie adaptation of ‘The Secret Garden’ was released in 2020, starring Colin Firth and Julie Walters.