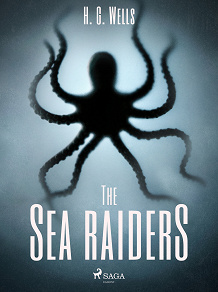 by H. G. Wells
‘The Sea-Raiders’ is a short story from 1897 by the "father of science fiction", H.G. Wells. Set in the seaside town of Sidmouth, retired tea-trader, Fison makes a disturbing discovery on the shore, giant, squid-like creatures eating a human body. These terrifying sea beasts are attacking the seaside resort but where did they come from? Are they a result of an evil experiment? Will the mysterious creatures kill Fison, or will he manage to escape? Menacing tentacles will pull in readers who enjoy Herman Melville’s 'Moby Dick', Jules Verne’s 'Twenty Thousand Leagues Under the Sea', and Steven Spielberg’s cult classic 'Jaws'.

H.G. Wells (1866 – 1946) was a prolific writer and the author of more than 50 novels. In addition, we wrote more than 60 short stories, alongside various scientific papers. Many of his most famous works have been adapted for film and television, including ‘The Time Machine,’ starring Guy Pearce, ‘War of the Worlds,’ starring Tom Cruise, and ‘The Invisible Man,’ starring Elizabeth Moss. Because of his various works exploring futuristic themes, Wells is regarded as one of the ‘Fathers of Science Fiction.’