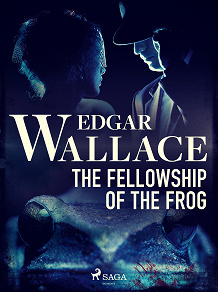 The Fellowship of the Frog

by Edgar Wallace
The second novel featuring Wallace’s iconic Scotland Yard Inspector Elk ‘The Fellowship of the Frog’ involves tracking down the head of a vast underground criminal network lead by the eponymous ‘Frog’. He is just as slippery as his name implies and he has always remained a leap ahead, that is until Elk arrives on the scene. It is a tale of the seedy underworld, rampant corruption and inexplicable violence. With pounding pace, a punchy plotline and compelling romance this thriller stands the test of time and is perfect for anyone who loves Michael Connelly’s ‘Bosch’ detective series.