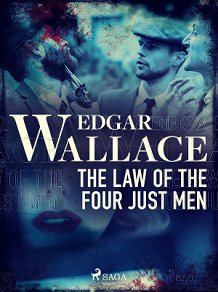 The Law of the Four Just Men

by Edgar Wallace
‘The Law of Four Just Men’ follows a group of four wealthy vigilantes who hunt down evil that the law cannot reach for punishment. Where conventional justice fails these men will not. Using their vast resources and illimitable skills they are a force to be reckoned with. The third entry in a five part short story Wallace goes to great lengths to expand on the unique and brilliant backstory of each character, one of whom may or may not be a European prince. It is an action packed- globe-trotting romp, explosive and engaging till the end, if you loved ‘The Four Musketeers’ or ‘Batman’ you’ll love seeing these rich boys dole out some justice.