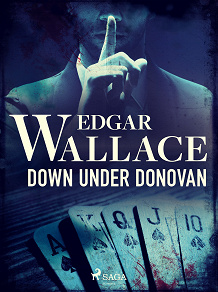 by Edgar Wallace
‘Down under Donavan’ follows an ex-convict who strikes it rich gambling, but as the famous philosopher from Brooklyn, Notorious B.I.G once suggested "Mo’ Money, Mo’ Problems", and soon a murder lies in the wake of his new found fortune. Wallace weaves an intricate and detailed plot around an ensemble of brilliant characters of gangsters, colonial officers, vile aristocrats and damsels in distress. It is a book with a phenomenal pace and stunning plot twists, a perfect read for fans of the thriller mysteries or anyone who loved Mark Wahlberg’s ‘The Gambler’.