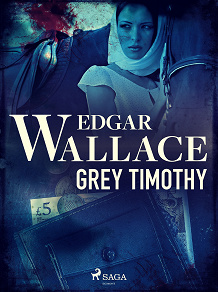 by Edgar Wallace
This novel is dedicated to one of Wallace’s favourite pastimes, horse racing. It follows the rough neck Australian gambler Brian Pallard as he arrives in England to meet his distant relatives. Over the course of this fast paced novel, Pallard transforms from degenerate gambler to winning the hearts of his relatives in a sympathetic and dynamic tale. The story itself seems to draw significant parallels to Wallace’s own horse racing addiction which landed his family in serious financial difficulty. With this kernel of truth at its core ‘Grey Timothy’ is a brilliant, captivating tale with a brilliant cast of characters and divine plot twists.