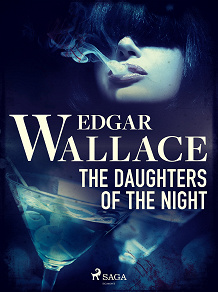 The Daughters of the Night

by Edgar Wallace
‘The Daughters of the Night’ follows Jim Bartholomew, an unconventional bank manager as his life is turned upside down. Thrust in to a chaotic situation with an ensemble of brilliant characters ,from the sweet Margot, to the beautiful Mrs. Markham and a mysterious American, Jim will have to think fast if he hopes to survive. With a potent dose of supernatural from the Roman deities of punishment, this mystery novel is a thrill from start to finish and is a must read for anyone who loved ‘Supernatural’.