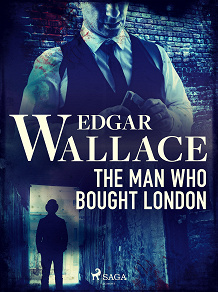 The Man Who Bought London

by Edgar Wallace
‘The Man Who Bought London’ follows the American King Kerry, an absurdly rich real estate tycoon who spends his time buying up swathes of London real estate to redevelop for the benefit of the poorer members of society. However his plans are disrupted by a former business associate who threatens to thwart his efforts. Under this immense pressure will the Good Samaritan persona crumble?

It is a novel with brilliantly fast action, a stunning cast of characters and punchy dialogue layered over with a healthy dose of subversion. If you loved ‘Succession’ we guarantee you’ll love this classic caper.