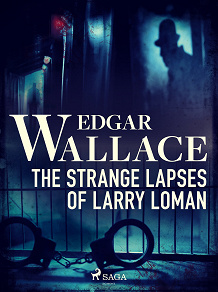 The Strange Lapses of Larry Loman

by Edgar Wallace
A psychological thriller, woven with fantastic characters and delicious plot twists that will leave you spinning.

‘The Strange Lapses of Larry Loman’ tells the story of Scotland Yard detective Larry Loman on a special mission to Asia. Once there he contracts a particularly vicious bout of malaria that causes him to have amnesiac blackouts for up to eight hours at a time. Nevertheless he is assigned to the Criminal Trust case, taking on an organisation that has gathered every major criminal in England under one banner but his blackouts worsen, making him unsure of the very reality he inhabits.

If you loved the James Bond film ‘Spectre’ this book is perfect for you.