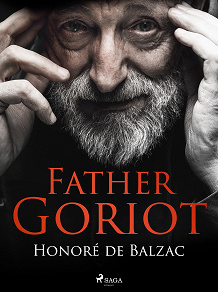 by Honoré De Balzac
An overprotective father. A cunning criminal. A young student navigating the world of high society and love. In Paris, 1819, three stranger’s fates are intertwined in a tale of corruption and greed. Pleased with the growing interest of an aspiring lawyer with his daughter, Goriot’s devotion to his grown-up children threatens his financial ruin. A selfless man, he remains misunderstood by those around him. Meanwhile, Law student Rastignac is only just discovering society’s rotten core whilst a mysterious troublemaker plots to secure his own wealth. Can Goriot protect his family’s future within a web of deceit? Following the decades after the French Revolution and fall of Napoleon, Balzac’s most tragic and important novel remains today a detailed depiction of Parisian high society. Perfect for fans of ‘Les Misérables’, ‘Father Goriot’ weaves a rich and poignant tale of the harsh reality of what it takes to survive in Bourgeois society.

Honoré de Balzac (1799-1850) was a French novelist and playwright, most famous for his collection of novels and plays named ‘The Human Comedy’. Celebrated today as one of the greatest French writers and founders of realism, his works captures detailed observations of humanity and post-Napoleonic French society. A master-creator of realistic characters which navigate complex webs of moral and social dilemmas, Balzac's work has inspired BBC series starring Helen Mirren and Margaret Tyzack.