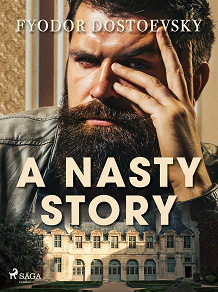 by Fyodor Dostoevsky
‘A Nasty Story’ is a hilarious look into the world of humanitarian high society by Dostoevsky. This farcical story revolves around Pralinski, a kind-hearted aristocrat, who decides to attend the wedding of one of his subordinates while in a drunken stupor. What ensues is a comedy of errors as Pralinski wanders through the wedding in a dream-like state. As the situations he finds himself in becomes more absurd, it eventually reaches a calamitous and hilarious climax. ‘A Nasty Story’ illustrates Dostoevsky’s celebrated satire as by attempting to be a moralistic man, Pralinski consistently acts in comically shameful ways. The story’s social commentary is as relevant today as when it was written with the buffoonish behaviour of the upper class being sharply contrasted with the respectful working-class wedding guests. ‘A Nasty Story’ is as sorrowful as it is comical and is perfect for fans of Monty Python.

Fyodor Dostoevsky (1821-1881) was a famous Russian writer of novels, short stories, and essays. A connoisseur of the troubled human psyche and the relationships between the individuals, Dostoevsky’s oeuvre covers a large area of subjects: politics, religion, social issues, philosophy, and the uncharted realms of the psychological. He is most famous for the novels ‘Crime and Punishment’, ‘The Idiot’, and ‘The Brothers Karamazov’. James Joyce described Dostoevsky as the creator of ‘modern prose’ and his literary legacy is influential to this day as Dostoevsky’s work has been adapted for many movies including ‘The Double’ starring Jesse Eisenberg.