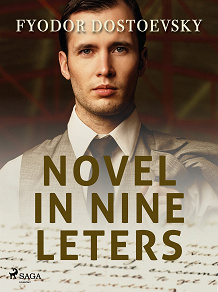 by Fyodor Dostoevsky
‘Novel in Nine Letters’ is an incredibly inventive short story by Dostoevsky about a comical miscommunication between two friends. The story unfolds through letters as we learn that Ivan is unsuccessfully trying to collect money that he loaned to Pyotr. A comedy of errors ensues as neither man understands the other and Ivan becomes paranoid that Pyotr is avoiding him. Their world becomes a labyrinth as they attempt to connect but consistently fail due to unfortunate mishaps until a shocking final letter reveals what their previous correspondence could not. This story, which is one of Dostoevsky’s earliest, shows why he would become one of the most celebrated Russian writers of all time. It creatively blends farce and social commentary and has two compelling characters that readers can root for and against. ‘Novel in Nine Letters’ is as relevant in the social media age as when it was written, and its satirical nature makes it a perfect read for fans of ‘A Confederacy of Dunces’.

Fyodor Dostoevsky (1821-1881) was a famous Russian writer of novels, short stories, and essays. A connoisseur of the troubled human psyche and the relationships between the individuals, Dostoevsky’s oeuvre covers a large area of subjects: politics, religion, social issues, philosophy, and the uncharted realms of the psychological. He is most famous for the novels ‘Crime and Punishment’, ‘The Idiot’, and ‘The Brothers Karamazov’. James Joyce described Dostoevsky as the creator of ‘modern prose’ and his literary legacy is influential to this day as Dostoevsky’s work has been adapted for many movies including ‘The Double’ starring Jesse Eisenberg.