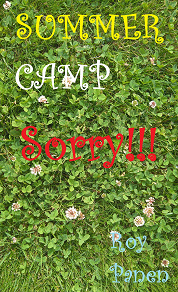 What Adrian has done to Viktor, forcing him up a tree, is not just mean and insane. It is also almost unforgivable.

But he regrets it.

And now he has ruined his chances of getting close to Amir – Viktor’s savior. Amir, whom he has fallen in love.

But now he is, of course, detested – hated. He understands them. Because he’s an idiot.

But evil? No, he does not want to be.

He must do his best to get Amir’s and Viktor’s forgiveness.

However, trying to convince Viktor will not be an easy thing. And the more he makes a fuss for him – the harder it will be to reach his forgiveness.

But Adrian does not give up. He wants to be forgiven. Cost what it wants.

But then comes the crisis, the disaster, and Viktor’s life rests entirely in Adrian’s hands.