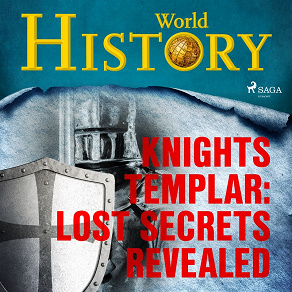 by World History
Historians find the Middle Ages a period shrouded in mystery. On the one hand, sources speak of greedy kings and corrupt popes who flourished during a time of widespread hunger, disease and servitude. On the other, nobler thoughts began to flourish. Led by their blind faith in the word of god, holy orders of knights attempted to protect the weak.

The most powerful was the Knights Templar, loved by the people and whose code was the epitome of honour. But the knights slowly succumbed to dark forces – if contemporary rumours are to be believed.

The order made alliances with Muslim princes, performed devilish rituals and were corrupted by their immense wealth. And then one fateful day the knighthood’s most dangerous enemy decided to strike – with fatal consequences. This is the story of the rise and fall of the knights, their life on and off the battlefield, and the hunt for their legendary treasure.

World History invites you on a fascinating journey to bygone eras, allowing you to explore the greatest events in history. Take a trip back in time - to the frontlines of World War II, to the Viking raids, and the religious rituals of Ancient Egypt. World History is for everyone who would like to know more about the exciting and dramatic events of the past.
Listen to sample
Log in to borrow