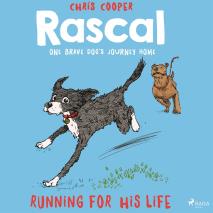 Rascal 3 - Running For His Life

Rascal can hardly believe his luck when he's rescued from dog catchers by Lucas, a boy who's on the run too, from bullies. Rascal, lost and far away from home, knows what it's like to feel frightened. Can he show Lucas how to stand up for himself?