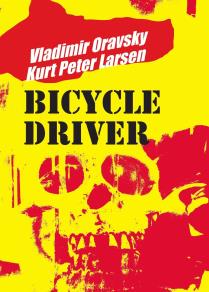 BICYCLE DRIVER is a fantasy of how a seemingly trivial incident triggers an increasingly bitter conflict between ’us’ and ’them’, the ’old’ and the ’new’, whereby the balance of power threatens to shift with potentially devastating repercussions for not only the individuals directly involved but for the entire community.

BICYCLE DRIVER speculates on how, in a quiet neighbourhood, an on the surface absurd controversy between a long-time resident and the ’night manager’ of a newly established immigrant-owned semi-all-night convenience store, might eerily reveal the knife’s edge we all walk in a changing, volatile society.